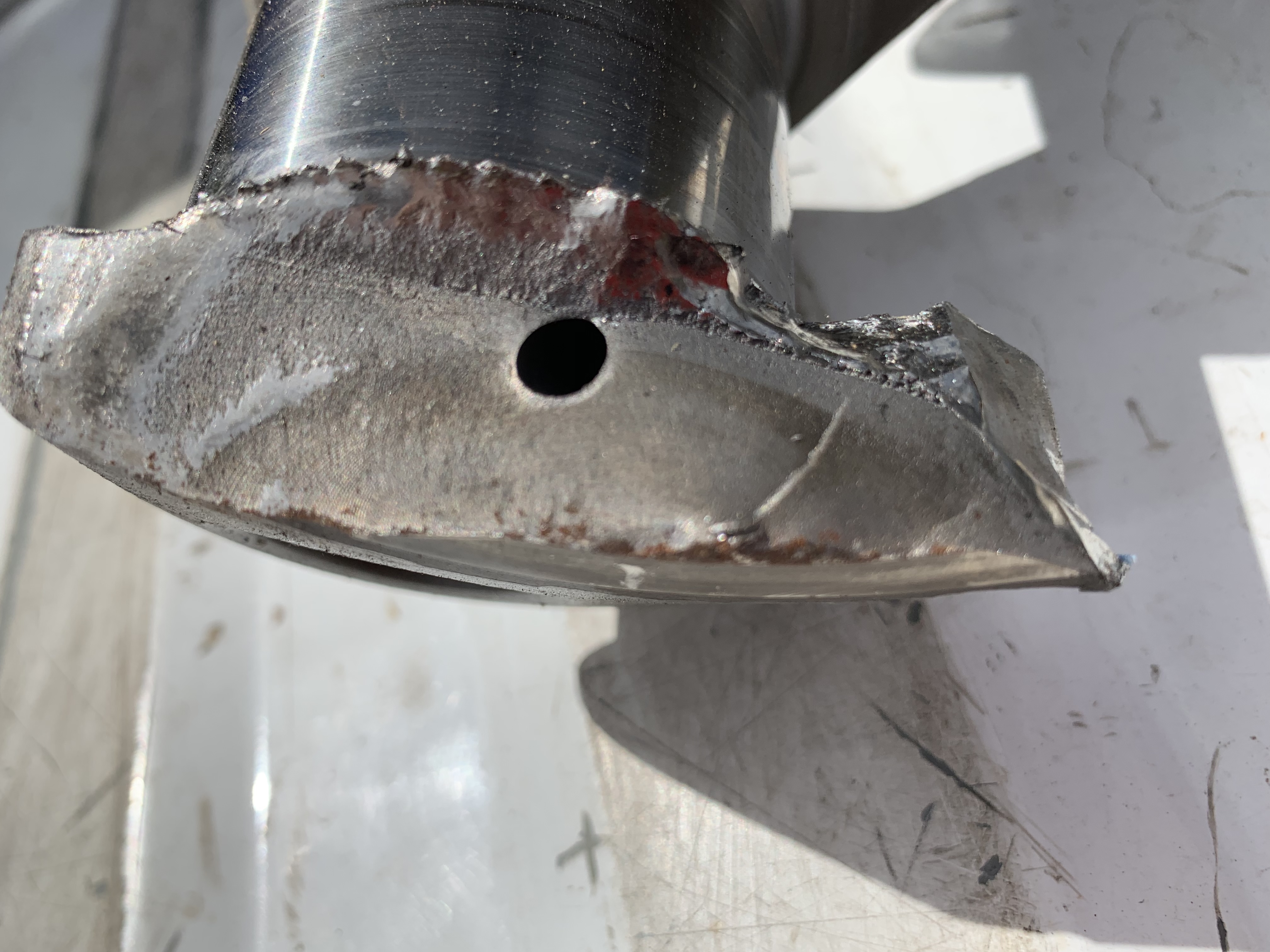 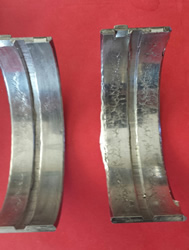 Drag racing provides myriad opportunities to evaluate designs and use virtual methods to predict failures. Crankshafts are one area that is of particular interest as you can't really see inside it and magnafluxing or dye penetrants are dependent on the skill of the technician to execute and interpret properly. This example is more of a post mortem inspection, geometry creation and modal analysis using different boundary conditions to help understand what RPM to stay away from to help the crankshaft live longer.

A little history on this crankshaft is in order to help understand what may have contributed to its failure.
1. First potential contributor may have been when the ring and pinion failed early in a run and allowed the engine to zing unloaded.
2. Second, at 900 feet, a rocker arm broke and oil pressure went to zero. This "blackened" the crank and was polished to restore the bearing surfaces.
3. The NOS hit was increased from 100HP to 300HP. NOS is typically used on this car as a last resort and is only for durations of less than 2 seconds.
4. The crank broke in a big money race immediately after the "button" was hit. The race was won but the damage caused the driver to DNS the next round.
5. Prior to the crank breaking, the #4 main bearing was replaced every 75-125 laps due to the bearing face being overstressed.

The over-stressed face of the King main bearing proved to be an unrecognized symptom of the propagating crack in the main bearing fillet. With this information, the Callies XL Magnum crankshaft was modeled in Solidworks and then analyzed using SIMSOLID and Altair Inspire 2019.3. The modal frequencies were compared to see the agreement between the two solvers as SIMSOLID is a new generation meshless analysis tool.

Note that the crank has only 6 counterweights with the #3 main journal between the non-counter weighted webs. The replacement crank is a Bryant unit cut from billet 4340 and is fully counterweighted. It was made for a Top Alcohol engine so it should support 1300HP for considerably longer than the Callies. I'll create the Bryant crank and perform the same modal analysis and see if the modes lower due to the added mass.

Here are the modal analysis results:

It looks like a bunch of numbers for frequency and somehow they are related to engine RPM but do they give a hint at how the crank behaves?
Well, you can see there is an axial bending mode and a torsional mode pretty close to each other from 6870RPM to 7170RPM. Conicidentally, this engine is shifted at 7200RPM, reaches almost 7200RPM at the end of a 1/4 mile and sees close to 1 second of 7000+ RPM during the burnout. So, using a free-free modal analysis we see that two modes may be being excited for more than just a split second during a run. Further analysis will be done that includes the ATI harmonic balancer and a simplified representation of the flywheel/torque convertor. Through experience and using what is called a Holzer table* for estimating torsional modes, the convertor has more inertial mass and will move the failure point closer to the rear of the engine. This coincides with the failure on the "front" side of the #4 main journal. Using this initial information, I can see why a lot of the big block Mopar (hemi) dragster engines run 7500RPM or higher. It makes Modes 4 and 5 just temporary excitations instead of dwelling on them.